Don’t be a tortoise! Winning is half the battle 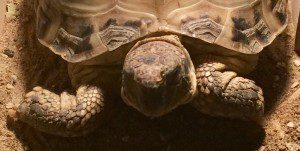 Court and tribunal proceedings are like tortoises – slow and expensive to keep, plus the result is often uncertain. No lawyer can guarantee success as the parties are at the mercy of the witness evidence and the judge. Costs can be prohibitively expensive. In the employment tribunal costs are generally not recoverable. Then assuming that you win there is the problem of enforcement.

It has been reported that thousands of workers who win their claims never receive a penny of compensation. The government says it is committed to tackling the problem and forcing culpable employers to pay up. But new data reveals that its attempts fall woefully short, with the vast majority of unpaid claimants receiving no help at all.

Respondents who lose at the tribunal frequently go into liquidation to avoid paying.  According to government data, more than a third of successful claimants never receive any of their compensation, and less than half are paid in full. “

The problem could be addressed by denying public contracts to the offending businesses, disqualifying directors, and allowing employment tribunals to enforce payment directly. Earlier this year the government introduced fines for employers who don’t pay up, but very little has changed. In the five months since the penalty system has been in place it has helped in 11 cases, bringing in £55,000 in unpaid awards. According to TUC figures, that equates to just 1% of cases where successful claimants have not been paid.

At Promediate we advocate mediation in workplace disputes from the beginning and if proceedings are commenced then mediation is a way of short circuiting the process before incurring costs.