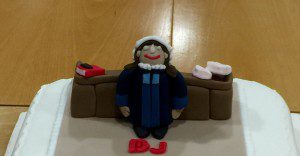 The cost of divorce for UK couples is now more than £70,000 on average, research from Seddons solicitors reveals – with lost shared assets accounting for most of the figure, but lawyers’ fees nearly half.

About 45 per cent of the cost can often be attributed to lawyers — the survey showed that the average divorcing couple spent between £17,000 and £30,000 on legal fees.

The survey of 2,500 UK adults also found that on average couples had to wait nearly a year to complete the financial arrangements for divorce, with that delay causing significant difficulties.

Some 67 per cent of survey respondents said that the amount of time taken to complete their divorce settlement had an adverse impact on their personal finances.

The survey also found that half of the divorcing or divorced respondents would prefer an arbitrated financial settlement rather than a court-imposed deal. They viewed the main benefit of private arbitration over court as being an ability to have a clearer idea of the costs of the process in advance.