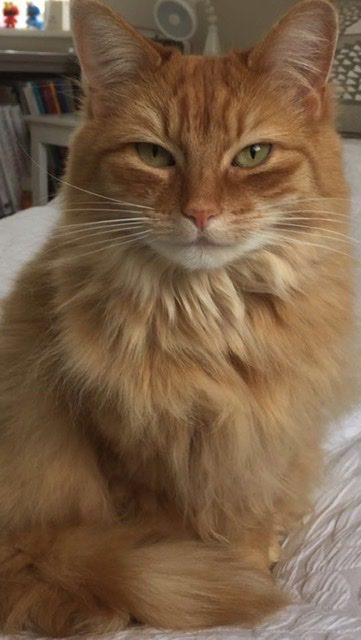 This is a photo of a cat which is not the cat in question!

It is reported that a couple launched a £20,000 legal battle with their neighbour after she refused to stop feeding their family cat. The cat, Ozzy, became the subject of a four-year legal dispute. Their four-year court battle began after the couple fitted Ozzy with a GPS collar and found he was regularly wandering into their neighbour’s home. As a result they attempted to sue the gardener for an injunction that would ban her from taking in or feeding Ozzy. The case was due to be heard in a trial at Central London County Court, but the neighbours settled at the last minute after Ms Lesbirel made a series of legally-binding promises to restrict her interaction with Ozzy. By this time the dispute had already run up lawyers’ bills of over £20,000.

The neighbours settled the case just before Christmas and according to the court order, which has now been made public, Ms Lesbirel has promised that she will not feed Ozzy cat food, tinned fish or meat, and will not remove his collar. She also promised not to put him in a box or basket or to let him into her home or to invite him in, unless he is making a disturbance at the front of her flat, in which case she can carry him through and put him out back. From a legal point of view, cats are regarded as property and an offence would be committed under the Theft Act 1968 if the ‘feeder’ dishonestly appropriated the cat with the intention of permanently depriving the owners of their cat.

This case highlights how costly litigation can be and costs can easily get out of control. Fortunately the parties settled their case – it is not clear whether it was through mediation – as otherwise the costs would have been even higher.