The Daily Mail has published a story about a landlord who owns a property and lets the top part and lives in the basement flat. The neighbours have gone to Court arguing because the owner has lowered the level of the front garden to create a patio area. For once a comment sums up my thoughts that this is a case crying out for mediation:

These two simply don’t like each other but live in the same small building. A mediator should sort this out. Way cheaper that the courts. If this was a comedy, they’d end up sharing a flat together, enforced by an angry judge.“

The story can be found at https://www.dailymail.co.uk/news/article-7937359/Banker-turned-artist-45-goes-war-neighbour-patio.html
A small patch of land can be an expensive and valuable patch nonetheless, as the basement flat alone is said to be worth over £1m. So a worthwhile dispute, in theory. However, the stress and cost of attending a trial is not to be underestimated, as well as the ongoing issue of having to live in the same place and seeing each other every day.

William Savage says Richard Bankart, his neighbour in the basement, ‘dug out’ part of the garden at the front of his flat in Stockwell, South West London. Mr Savage claims eco-tech expert Mr Bankart then built a sunken patio on it while he was away living and studying in Paris.

Mr Savage accuses Mr Bankart, of carrying out a ‘high-handed land grab’ while his back was turned.

Mr Savage owns a flat covering the ground and first floor, as well as the front garden, while Mr Bankart owns the £1million basement flat below and the property freehold.

The pair have been battling over the patio since 2003 and the artist’s barrister told a court that their ‘relationship has gone from bad to worse since’.

The artist is now asking a judge to grant an injunction barring Mr Bankart from ‘his continued trespass and use of his front garden’ – or up to £60,000 in compensation.

The work had allowed Mr Bankart to increase the value of his property by nearly £50,000 by brightening up his formerly ‘very dark and dingy’ living room, she says. 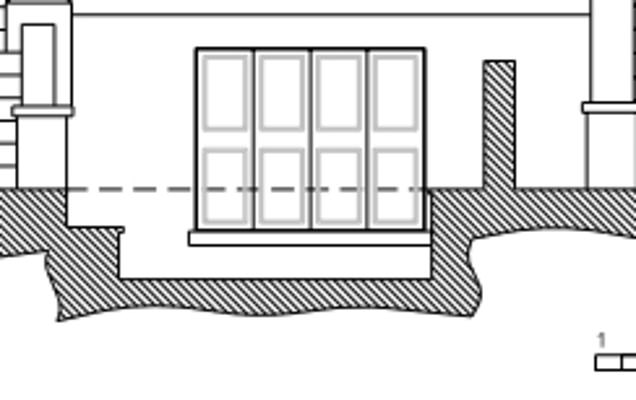 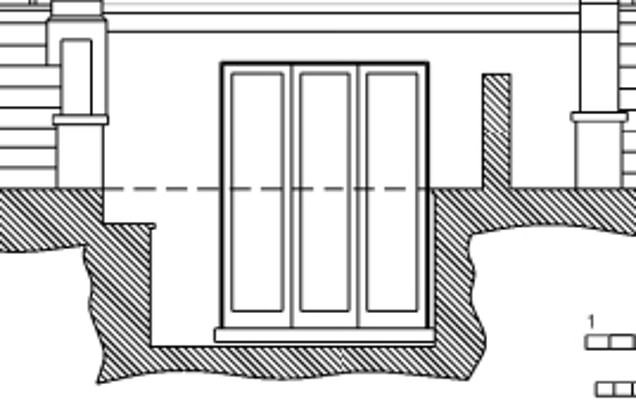 Before and after: These planning document show how the patio has been sunken further

But Mr Bankart is hotly disputing his neighbour’s claims, with the case now being contested at Central London County Court

After digging out the garden area Mr Bankart then sent his neighbour a bill claiming £3,533 for the works done, which he refused to pay.

The neighbours then had an ‘acrimonious’ clash over service charges in a landlord and tenant tribunal in 2009 and, in 2016, the artist instructed solicitors to ‘demand reinstatement of the original lightwell or compensation’ from Mr Bankart.

But in 2017, Mr Bankart launched a fresh phase of building works, the court heard, making his patio two-tiered and deeper so he could install French windows, she told the judge.  Mr Bankart is counter-suing for his neighbour ‘trespassing’ by storing some of his possessions in the attic of the property.  The judge will give his ruling on the case at a later date.

It is not known how much the parties have spent on legal costs, but it is fair to assume that it runs into the thousands. Also, we do not know whether the parties have tried to resolve matters. If they have not done so, that would be a mistake, in my view, as the Court could hold it against them, whoever wins, for acting unreasonably. We deal with many neighbour disputes about boundaries in particular, and mediation is normally successful in resolving matters, at an early stage. To instruct a mediator contact us at enquiries@promesiate.co.uk