In our final article for Mediation Awareness Week, we look at the big picture and highlight the legal battle over Brexit and the right to trigger Article 50.

Whatever your views on Brexit and the dire economic consequences of leaving the single market, we can all agree on one thing-society is starkly divided between Remainers and Brexiters and Remainers are not giving up their battle to remain EU Citizens. Nowhere is this division clearer than in Scotland, Northern Ireland and other areas which have benefited from EU largesse as well as universities and the Conservative party itself. The referendum was designed by the conservatives to try to quieten the eurosceptic wing of the party but its result has meant a takeover by that faction. The referendum was not the beginning or the end, but perhaps just the end of the beginning.

Obviously we are pro European and the EU is pro-mediation and we want to retain access to the single market for services so that we can mediate in the EU. 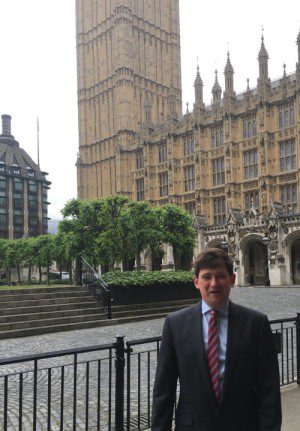 At no time has a situation needed mediation more than now, and the debate has moved to parliament and now to the Courts themselves, to determine whether the Prime Minister can use the ancient royal prerogative to invoke article 50, undemocratically, without consulting parliament.

Theresa May was accused yesterday of seeking to trigger the Brexit process by unlawfully using ancient executive powers under the royal prerogative.

It is argued, rightly in my view that the Referendum Act 2015 was “of no legal or constitutional substance whatsoever – that act was an advisory referendum, no more than that”.

Gina Miller is an investment fund manager and philanthropist living in London who voted Remain in the EU referendum on June 23. She is the lead claimant in the historic legal action with several other applicants, including the People’s Challenge, which has thousands of supporters. She and the legal team have received death threats in return for bringing this action.

The case “raises an issue of fundamental constitutional importance concerning the limits of the power of the executive”. Clearly, the Prime Minister should not not use royal prerogative powers to remove rights established by the European Communities Act 1972, which made EU law part of UK law, because it is for parliament to decide on whether the UK should maintain those statutory rights. The effect of using the prerogative and triggering article 50 would be to repeal the Act without Parliamentary consent.

We anticipate that when the Supreme Court hears the case, they will find in favour of the applicants and a storm will be unleashed which will sweep the conservatives out of power and cause further division in society, save that the break up of the UK may be avoided. 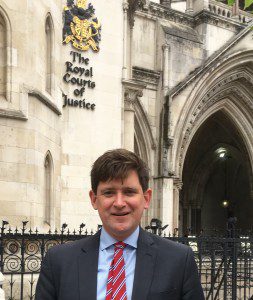 The Court proceedings will be very expensive for both parties and we question why public money is being spent defending them.  The majority of UK citizens did not vote to leave the EU or to lose their EU citizenship, and no one voted in the referendum to leave the single market and yet their taxes are being spent resisting a vote in Parliament.

Both parties are entrenched and the compromise position of a debate, but no vote, in parliament is not acceptable to the claimants. Surely this is a case which is crying out for mediation?

Should the Court challenge fail and the Prime Minister trigger article 50, then the negotiations with the EU will commence over the two year period. We will be aiming for negotiated settlement with the EU, where mediation might also assist.

At present the UK and the EU are in a stand off and neither party appears willing to compromise on feeedom of movement and access to the single market. The EU have made clear that it is not a question of the UK having its cake and eating it. There is no cake for either party.  All our livelihoods are at stake.  It is in neither party’s interests for there to be full “hard” Brexit which could cost the UK £350m per day and result in a further drop in the value of sterling and increased costs in the standard of living, including for those 48% of the population who voted to remain and those who did not or were unable to vote. The EU must surely come up with a compromise whereby permanent immigration is restricted as a price worth paying to preserve the EU.

We ask, in order to try to reach a settlement, could the EU and the UK appoint an independent UN mediator, to try to help the nations to compromise and preserve their relationship going forward?