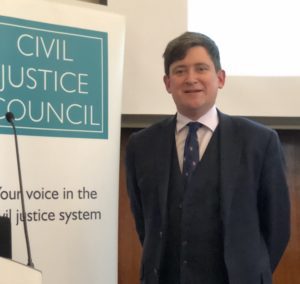 We often get asked to mediate between neighbours. Legal cases can be expensive as illustated by the following case:

A banker who sued her upstairs neighbours over the ‘intolerable’ noise of their young family on wooden floors has won more than £100,000 in damages. It is not clear whether legal costs will be payable as well by the losing party, which is frequently the case unless an offer to mediate was made.

Sarvenaz Fouladi said she had faced a constant bombardment of noise from the family-of-five above her £2.6million apartment in Kensington, West London.

She claimed that the sound of everyday activity – from children playing to dishes being washed – ruins her peace during the day and keeps her up at night.

Miss Fouladi, who lives with her mother in the 1920s mansion block, said her neighbours’ children treat their flat like a ‘playground’ and run around at all hours.

She sued the couple, Sarah and Ahmed El Kerrami, who live on the top floor of the block, for ‘noise nuisance’ and won compensation of £107,397 at Central London County Court.

Judge Nicholas Parfitt said it was the noise of simple ‘day-to-day living’ which had caused the problems.

But the El Kerramis and the family company which owns their flat should have had carpets on the wooden floors in living areas, he said. And, when the floor was replaced before they moved in, nothing was done to limit noise transmission between the flats.

‘I find that the noises are the noises associated with everyday living,’ he told the court. ‘I find also that those noises include, on occasion, late night parties, but that such parties – even if they do include singing and drumming – are not frequent.

‘I find that the noises include those of children playing and running around, including late at night. The impact of the noise is sufficiently loud to be invasive and disturbing to an objective standard.’

He added: ‘I am satisfied that, but for the new floor being as it is, the noise disturbance that I have referred to as present would not have been so.’

During the case, the banker told the court she had lived happily in the block, which has 24-hour porters, for years without noise from above.

It was only when work was done prior to the El Kerramis’ arrival in 2010 that her life and that of her mother, Fereshant Salamat, began to be blighted.

Sounds from the boiler, a fridge, taps and the fireplace above began to disturb her sleep at night and relaxation during the day.

The mother and daughter kept a diary, noting down noises they objected to, including the sounds of dishes being washed, kids’ voices and ‘angry breathing’.

Miss Fouladi, who is single, was accused by her neighbours’ barrister, Gordon Wignall, of being ‘hypersensitive’ to the activity of a normal family.

The sounds of the children playing upstairs were simply ‘ordinary domestic child noises from time to time’, he told the court.

The El Kerramis ‘have only ever lived a sober and normal lifestyle’, he said.

Denying she is obsessed, Miss Fouladi told the judge: ‘I just want to live my life in peace. It’s my home. It’s where people go for peace and quiet.

‘How am I supposed to unwind in my home when I am not able to do so? The noises that come down are intolerable.’

Miss Fouladi claimed against the couple and an offshore company, which was described by Mr El Kerrami as a ‘family asset holding vehicle’, which owns the flat.

She claimed the lease on their flat was breached in that changes to the flooring had not been authorised and much of it was not carpeted.

And she said the company and the El Kerramis had caused her ‘nuisance’ by allowing their day-to-day noise to affect her property.

And he said the noise diary kept by Miss Fouladi and her mother was ‘exaggerated’ in places.

However, Kensington and Chelsea Council officers had visited and heard excessive and disturbing noise at times, he said.

‘I conclude that everyday noises of the type described by the officers could be heard to a disturbing level… and such noises, even at midnight for example, could include children playing,’ he continued.

He added: ‘I find that no steps were taken to either design or implement a flooring solution which would mitigate noise transfer.’

The noise had been a ‘real interference’ with Miss Faloudi’s life at home, he said, adding: ‘This has been a real and constant presence for her and her mother.’

The judge said the lease was breached by the installation of new floors in the El Kerramis’ flat without authorisation and by the failure to use carpets in living areas.

And he accepted Miss Fouladi’s claim that the El Kerramis and the company had caused her noise ‘nuisance’.

He issued an injunction, ordering the company to do work on the floors in the flat to significantly reduce noise levels.

Claims of nuisance and breach of contract made against the freeholder of the block were rejected by the judge.

Next time perhaps they might mediate. If the parties had mediated, the mediator might have been able to explore the possibility of work being done to sound proof the apartment. Miss Fouladi has incurred legal costs and has a judgment against her neighbours and their offshore company. What though are the chances of actually recovering that money?